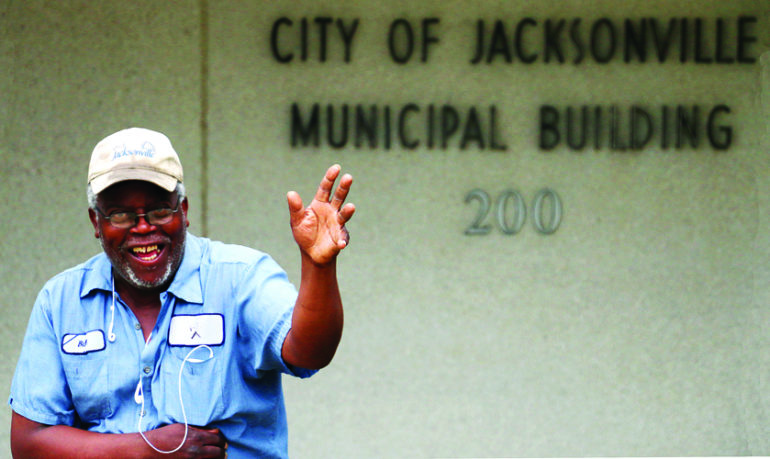 City of Jacksonville maintenance team worker Bill Mayes is retiring after 42 years of service. Mayes’ last day is Tuesday, June 2, and at the end of the day, Mayes will “hang my boots up,” he says. One thing he says he won’t miss is the cold, adding that he remembers working in winters with temperatures 10 degrees below zero. “I’m excited and it’s going to be a whole new world,” said Mayes, adding, “I’ll get up on the side of my bed and debate what I want to do.”

“Bill Mayes has been a fantastic worker for the city. His 42 years of service have been invaluable. I’ve been lucky to have worked with him for his last 15 years and appreciate him very much. I’m proud to know him and call him my dear friend. His contagious spirit is what sets him apart — he’s such a good person. The world needs more people like Bill Mayes,” stated City of Jacksonville Mayor Andy Ezard of Mayes.

Best of luck to you, Bill Mayes! Congratulations on your retirement.