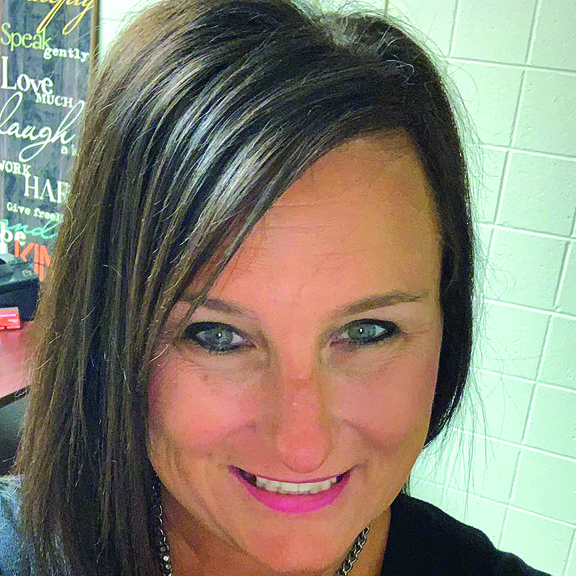 Jacksonville High School (JHS) Principal Andrea Lee has submitted her resignation in order to accept the position as superintendent at Calhoun District #40. The contract with JHS and Jacksonville School District #117 officially finishes at the end of June.

Originally from Ashland, Lee earned her bachelor’s degree from MacMurray College and started the majority of her administrative career in 2006, working in the Litchfield middle and elementary schools until her career moved to Jacksonville for the JHS principal position. “I’d always loved Jacksonville and we still have family here (in the area), so when the opportunity arose to take this position,” she began explaining, her family relocated to Auburn, splitting the distance between Jacksonville and Warrensburg, where her husband had taken an educator position. Interestingly, she was originally slated to be the new principal for North Elementary School in Jacksonville, but when then JHS Principal Mike McGiles moved to the Jacksonville School District #117 Central Office, the principal position at JHS was open. “A lot of changes happened that year … with administration moving … Mr. Ptacek [superintendent, Jacksonville School District #117] had met with me and asked if I’d like the chance to go to the high school,” summarized Lee. Consequently, the 2018-2019 school year became Lee’s first year as principal for Jacksonville High School.

“It was a great experience, finishing my times after elementary and middle school with high school … it came full circle. It was just such a great experience seeing where kids started and where thy ended … following the development of youth from beginning to end,” Lee said of her career with education thus far. Specific to her two years at JHS, she noted, “There’s something exciting about getting them ready for post-high school.” Lee expressed gratitude for her time at JHS, saying, “Thank you to Mr. Ptacek and the board of education for giving me this opportunity … and thank you so very much to the staff and administration for making my two years at JHS a great experience.”