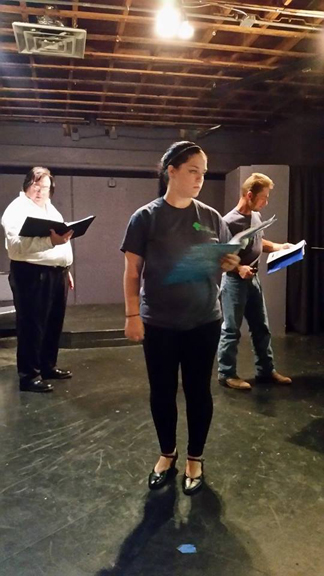 Playhouse on The Square has been busy working on bringing another classic Broadway musical to its stage. After last year’s successful run of “The Sound of Music,” they knew that their storefront was an ideal setting for some of our favorite musicals because the setting enabled them to strip away the frills and get back to the core story of the show and highlight the music and the acting. But, what would be next? They quickly decided to turn to the Charles Dickens tale, “Oliver!” because not only is it a story of salvation, but also it could showcase children from the area. Directed by Laurie McCoy and Kim Shafer, the talented cast of kids is led by Marcellus Speed’s “Oliver,” and Carson Cole’s, “The Artful Dodger.” Also included in child leads are: Miles Leonard as “Charlie Bates,” Sean McCord as “Noah Claypool,” Hallie Mason as “Bet” and Sydney Geyston as “Charlotte.” Fagin’s gang consists of the talents of: Gavin Cox, Morgan Cole, Ian Meek, McKenzie McGee, Teddy Reed, Cora Oldenburg, Westyn Leonard, Lydia Tosh and Becky Tosh. Rounding out the incredible kids’ chorus are: Macy Hansen, Olivia Curry, Claire Stults, Lexie Cole, Annaliese Oldenburg, Rachel Beeley, Gracie McCombs, Emily Buchanan, Kate Adams and Jared Adams. The evil gang leader of pickpockets, “Fagin,” is brought to life by Springfield Acting Veteran Rick Dunham … who is also making his Playhouse debut. The dark and scary “Bill Sykes” is played by the versatile actor, Rob DeCroix, who charmed audiences last year as the endearing “Uncle Max” in “The Sound of Music.” The beautiful and tragic “Nancy” will be played by Kendie Klein. Veteran local actors fill out the supporting roles of bumblers, villains and characters that Oliver meets along the way: Rich McCoy as “Mr. Bumble,” Carla De Lay as “Widow Corney,” Jim Hepworth as “Undertaker Mr. Sowerberry,” Kim Shafer as the undertaker’s wife, Laurie McCoy as “Old Sally,” Mike Schneider as “Mr. Brownlowe,” Cathy Randall as “Mrs. Bedwin,” and Laura Maruna and Sherri Mitchell round out the cast in the chorus. Choreographing the show is Dorothy Hutchison-Gross, with vocals by Sherri Mitchell and Amanda Cox-Otto (Tyler Maul will be accompanying). This talented group will be performing “Oliver!” July 29 & 30 and August 5 & 6 at 7:30 p.m., and July 31 and August 7 at 2 p.m. Tickets may be purchased in advance at Our Town Books or at the door. 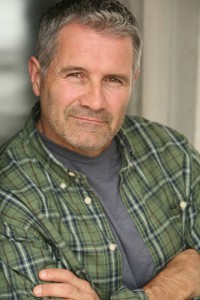 Rick Hall is bringing back his one-man show to Jacksonville for two nights only, August 2 and 3 at 7:30 p.m. at Playhouse On The Square. Hall is a Second City alum who popped up onto our TV sets as the father in the Sabra Hummus commercials (he’d eat Sabra even if it were doled out onto a piece of bark and if only he had some “meat” to go with it!) and is a recurring cast member on the Disney Channel’s “K.C. Undercover.” Lately, he’s been touring with his wife, Laura Hall (pianist from the TV improv show, “Whose Line Is It Anyway?”), and Kelly Macleod who is in the Hall’s band, “The Sweet Potatoes,” to local sold-out audiences. Hall takes audiences into his background and childhood growing up in rural Carrolton, Ill., with the assistance of 15 different characters and music by his talented wife. He makes you laugh, touches your heart and make you stop and take a look at life in Central Illinois with a fondness and nostalgia that has audiences begging for more. There is a richness to each of Hall’s characters that can only come from being grounded in truth: from family members, to childhood nemesis’, to the guy who lives down the street. The only thing more remarkable than the people Hall introduces us to, is the deft and agility he exudes transitioning seamlessly from one role to the next. “Pig Boy” is also an evening suited for the entire family, something else that is rare from comedians and Second City alum. Don’t miss out on your opportunity to see Rick Hall bring to life and a whole lotta love to this neck of the woods! Tickets, as with all Playhouse On The Square productions, are only $10 and may be purchased in advance at Our Town Books or may be reserved by calling Our Town Books during regular business hours only (Tuesday – Thursday, 10 a.m. – 6 p.m., and Friday – Saturday, 10 a.m. – 7 p.m.) at 217-245-2665.