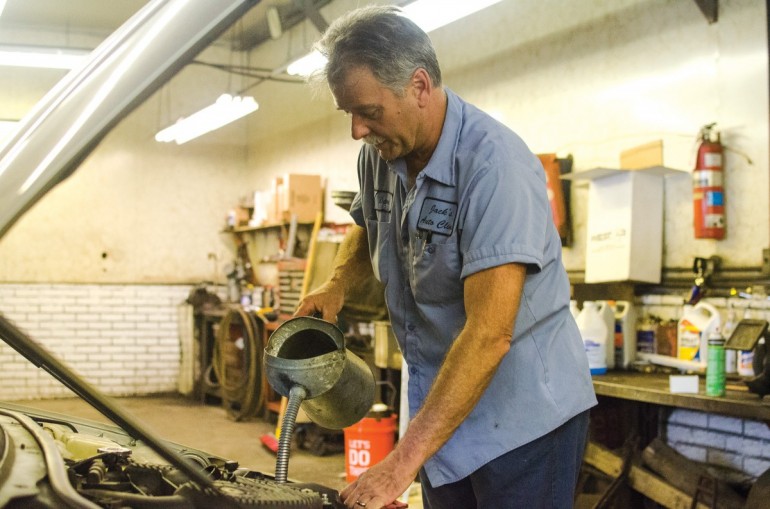 Who would think that a man could have tough enough hands to replace smashed intake valves in an engine, yet articulate enough hands to play the valves on a tuba or the slide on a trombone? Jacksonville is lucky to be called home by such a man, David Zink. Many people may know Zink as being the friendly owner and technician at Jack’s Auto Clinic. On the other hand, only a select few may be able to recognize him dressed up in a tuxedo for his participation in the Jacksonville Symphony Orchestra. In fact, Zink has been playing in the orchestra for longer than he has been turning wrenches.

Zink was born in Jacksonville, Ill. in 1964 and has been in the city for his entire life. He started playing for the orchestra in 1978, when he was in the 9th grade. A 1982 graduate of Jacksonville High School Zinc studied Automotive Technology at Lincoln Land Community College. He also studied Business and Computer Science at Illinois College and is part of the class of 1986. Zinc was blending various worlds even at a young age. While studying at Illinois College, he was a member of both the band and choir. Jazz is his favorite type of music. To make things even better, Zink worked for Jack at Jack’s Auto Clinic while attending Illinois College. He has been working at the auto shop ever since 1984, later purchasing the business from Jack in 1996. 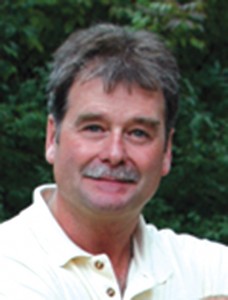 When talking with Karin, his wife since 2007, one can see that she completely supports her husband’s business endeavors and passion for music. “He loves music, but it’s not about him or being on the stage, he just loves making people happy,” she said. Zink and his wife have three children: Katheryn Zink, 15, Allison Souza, 22, and Andrew Souza, 25. Zink’s wife is a morning announcer for WLDS in Jacksonville and she also works for her family’s business Kluge Upholstery.

A typical working day for Zink starts before 7 a.m. and usually ends after 6 p.m. Zink has two employees, Mark Courier and Glenn Davidson. Courier has worked there for 18 years and Davidson for 19 years. Something that makes Zink happy about his job is that the job is filled with 100 percent satisfaction. Once he fixes a car, the fruit of his labor is immediately seen and he can send happy customers on their way. “You finish whatever you’re working on, you turn the key, and you get to see a job well done,” said Zink. As an independent auto shop owner, Zink recognizes many ups and downs due to new technological advances. He tries to keep up with the changing technology, keeping his shop in the best shape it can be. Even though he spends a lot of time at his auto clinic, he still finds time to spend with his family and practice playing the trombone.

At one time, Zink owned a total of nine Sousaphones. He currently owns six trombones, a tuba, and a double-bell euphonium. “My wife probably thinks I own too many with what I have now,” said Zink. A member of the Illinois Sports Owner Association, a Triumph car owner’s club, he also owns four classic cars – a Sunbeam Rapier and three 1973 Triumph Stags.

When asked about David playing the trombone Zink’s employees said they both know that he plays but have never seen him play. When asked what they thought of Zink’s passion for playing in the symphony, Courier said, “Everybody needs something to make them happy.” Zink is a band member of the band Banjos and Brass out of St. Louis, Mo. He also is a member of a traditional Dixieland jazz band called the “St. Louis Stompers.” He has been playing with the Stompers for ten years and has traveled all over the United States with them. He is even scheduled for a trip to the Suncoast Jazz Classic, a festival held in Clearwater, Fla., at the end of November this year. Zink’s wife Karin enjoys accompanying him on his jazz band trips. “You can’t be listening to jazz and not be moving,” she said. Zink connects with his customers in the shop and music outside of the shop for a fulfilling day-to-day career. Through Zink’s career and participation in the Jacksonville Symphony Orchestra, one can see that he is a humble man. “Well, I don’t really have much to say about myself. I’m not one to toot my own horn,” said Zink.