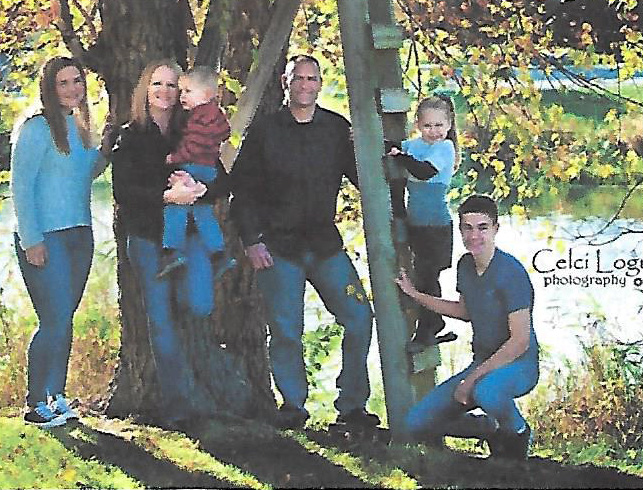 Adam and Olivia Mefford are no strangers in the Jacksonville community, nor when it comes to hosting exchange students. They are currently hosting their 7th and 8th students, Max Schiller from Berlin, Germany, and Maren Fjelldal Hagen from Stavern, Norway.

Olivia always wanted to go to France for an exchange program when she was younger, but never got the opportunity to do so. When Olivia bought her first house 12 years ago, she had seen an ad in the newspaper searching for host families, so she decided to apply.

The Meffords first hosted Marie-Catherine Helfrich (France), Sophia Schwartz (Germany), Silas Klein (Germany), Jenny Ostberg (Sweden), Caroline Ardon (France) and Carmen Kossagk (Germany). After they had their daughter Myah, they took a few years off after Carmen and Caroline left. Last year Adam and Olivia moved to a new home, which gave them the opportunity to start hosting again. Olivia received the brochure with the students that were searching for host homes. Even though the family wasn’t unpacked from moving, they wanted to give these students an opportunity to come to the United States. Last year they hosted Silas and Jenny and then Sophia had messaged Olivia saying her cousin, Max, was interested in doing an exchange year in the US. Sophia told Max about her experience with the Meffords and he wanted to stay with them as well. When Olivia first talked to Max, she asked him if he wanted to see if there were any other families that would be interested in hosting him and he said, “No, I want to come stay with you.” 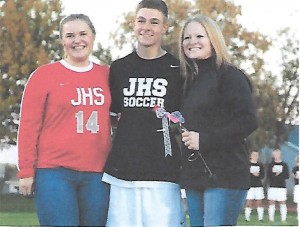 Max and Maren are both staying with the Meffords for 10 months, until the first week of June. As you can imagine, life in the USA is different than in any other country. Max says the cars are bigger, there is more fast food, the people are open and funny and don’t take things too seriously. “I’m still adjusting the the culture here and learning the language more fluently.” Max’s favorite things about America include the fact that everyone can drive when they are 16, the big cars, and the boneless honey BBQ wings at Buffalo Wild Wings. His least favorite thing is that America is too big. “There is not enough time to travel and explore all of the areas due to the distance.” Max has been to the USA three different times for family vacations. He’s been to Florida, California and New York. He’s also been to Thailand, Africa, and several European countries.

School life in the USA for Max is bigger and easier. School in Germany is more strict. In Germany the teachers use the blackboard more as opposed to movies and videos. The test and quizzes in Germany are much more difficult and stressful. To get your license in Germany it would cost you $2500 instead of $250 in USA!

Life in general in the USA is very different. Americans find it interesting that most German and European people us a knife to eat with. The one thing Max would tell American’s about his German culture, “We are not all Nazi’s.” 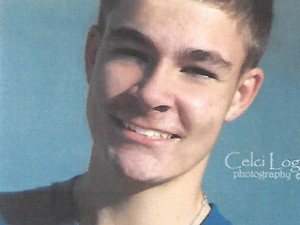 To Maren, life in the USA is very fast paced and full of energy. Her favorite thing about America is everything is very cheap. Clothes and food cost much less here than in Norway. And of course, you can’t forget about Buffalo Wild Wings! Maren’s least favorite thing is the fact that she can’t drive. She is of age, but the organization she is with does not give her a permit for her to drive while in the USA.

School in Norway is more modern and utilizes computers daily. Some classes are easier, some are harder. She says the most surprising thing about Norway is that, “Next year in Norway, my senior year in high school, is a whole month of partying with alcohol.

If Maren could tell Americans one thing about Norway, it would be that Norway is not full of polar bears, “And we have drinking water, just like in the USA!”

For Adam and Olivia, hosting exchange students has been a very rewarding and eye opening experience for their family. Learning about different cultures is interesting and has helped them to understand more about life outside of America. It has also taught them that Americans take many things for granted. 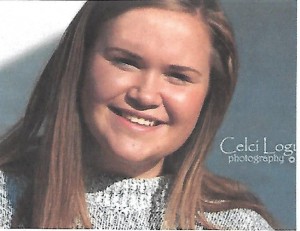 Next year they are thinking of taking a year off to spend more time with their own children, Myah (5) and Brandon (2), but Olivia says that all depends on what she sees when the new brochure comes out. “We look at the kids looking for host families and want to take them all.”