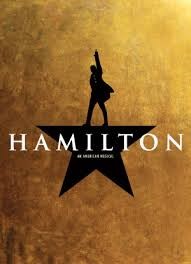 I was kidding about the play “Hamilton” coming to a Federal Reserve Bank. I meant to say that you need to go to the bank before you go to the play. There is no intentional joke in that the smash musical opens at the Private Bank Theatre in Chicago on September 27. It is scheduled to run six months, then go to L.A. for five months, then to the Fox theatre in St. Louis sometime in 2017. Break open the piggy bank … Chicago tickets start at about $800 per seat. That’s the cheap seat. The prices mirror what’s being charged in NYC and the performances are sold out.

The music and lyrics were written by Lin-Manuel Miranda who also plays the lead role. He got the idea for the stage play while reading the 800-page biography of Alexander Hamilton by Ron Chernow. Miranda previously wrote the music and lyrics – and starred in – the award-winning play, “In the Heights,” that ran 1,184 performances on Broadway.

Alexander Hamilton is quite an interesting story. Born in poverty in St. Croix, Virgin Islands and orphaned while a child, he migrated to New York City. Somehow he developed into an articulate speaker and writer, became George Washington’s top advisor during the Revolutionary War, and eventually was named the nation’s first Secretary of the Treasury. At age 47, he was killed in a duel with Vice President Aaron Burr.

Hamilton’s picture appears on the ten-dollar bill. He and Ben Franklin are the only non-presidents to have their pictures on currency and Hamilton’s is the only portrait that faces left.

Miranda, born in 1980, has crafted a captivating musical score. He describes it as a combination rap, hip-hop, blues and jazz. The action-packed lyrics cover the first twenty years of Hamilton’s life in just four minutes. To give you a taste, here are a few lines from the opening number: (Hamilton) “… the ten-dollar Founding Father without a father / Got a lot farther by working a lot harder / By being a lot smarter / By being a self-starter.”

Many of us will have to wait until ticket prices drop, or stop, or declare a flop, maybe then we can pop. Playhouse on the Square, when the musical opens there, prices will be more fair, can afford at least one chair.