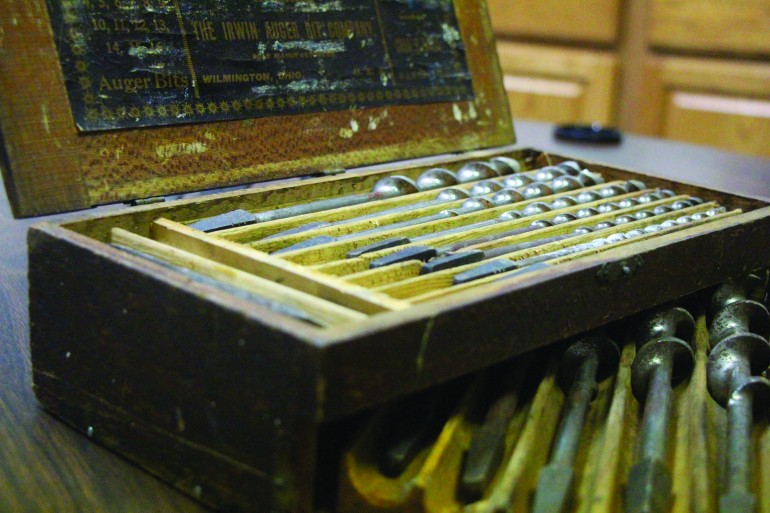 During December of 2013, the Guidish family of Jacksonville was doing some upgrades on their home. Husband Nick Guidish was up in the attic of their 247 North Webster home, removing floor boards to run electrical wiring for a closet they added to a bedroom on their second floor. Seemed standard enough. However, says his wife, Allison, “When digging through the insulation, he came upon a shoebox filled with documents from the original owners of our house.” The Guidishes are the fourth owners of the home. They delved through all the papers, discovering that most  of the records and notes were related somehow to people who were deaf, including but not limited to the National Association of the Deaf, Gallaudet University, and the Illinois School for the Deaf (ISD). Allison Guidish is an educator with ISD, so as might be expected, she became curiouser and curiouser about all the papers tucked away in this shoebox hidden in the floor. As she and her husband continued to dig and research each of these archives, the “history” of the papers and the names of the previous homeowners became apparent. “I found the names of Henry A. Molohon and his wife, Stella Roberta, as well as their children, Ruby and Albin,” told Allison Guidish.

Allison Guidish gathered all of the items related to ISD or deafness so that they could be shared with the ASL students in the Pre-K through 8th grade classes at ISD. “I thought it was important to share these documents with students so they could learn from and enjoy original documents dating back more than 100 years old,” she said. She then contacted the Illinois School for the Deaf’s Alumni Association Museum (ISDAA Museum) to coordinate housing of all the historical documents because, “I couldn’t think of a better place to share these documents with others.” The shoebox had held an assortment of items, including note cards dated 1916 explaining “This is a record of the work and conduct for the above pupil” for the son, Albin Molohon, and also a receipt for $2 from November 15, 1921, validating payment for two years of American Red Cross membership for both Henry and Stella Molohon. There was a Gymnasium Director’s Pocketbook, banking registers from the Galaudet Club of which Henry Molohon had been Treasurer and Member’s Due Cards from the National Fraternal Society of the Deaf, to name a few assorted papers found. 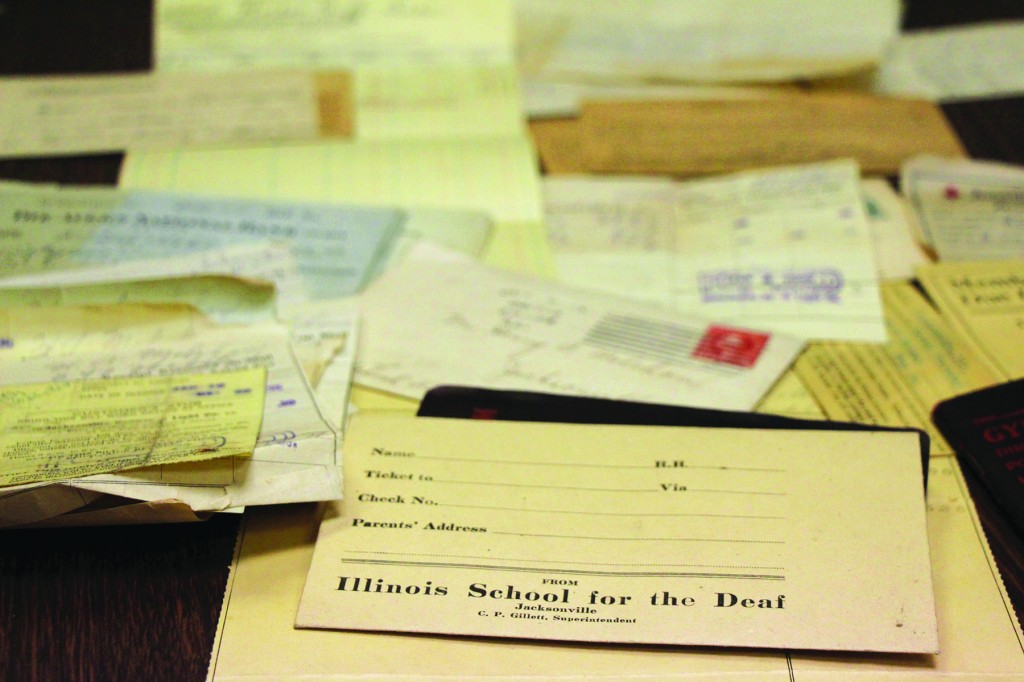 A look into the past of ISD shows that both Henry and Stella Molohon were deaf educators at ISD, married some time after they previously met during their own years as students at the school.  Henry A. Molohon was actually connected with ISD over a  span of 66 years – as a student, houseparent in the dorms and also woodworking instructor.  Henry Molohon was born August 9, 1868, in Sangamon County, IL, and died October 20, 1957, in Cascade, MT. Elaine Cady and Marene Mattern, both staff of ISDAA Museum, agreed that Molohon was indeed a “very important man in the history of ISD.” He was significant enough to the School during his years of service, that the Molohon Vocational Building on ISD’s campus is so named to commemorate him. Among the various other glimpses into the past of ISD, the Museum contains Henry Molohon’s tool set – the very one that he used in classes so many years ago. The public can view these and other pieces of ISD’s past at the ISDAA Museum, located in the campus’ Main Building.