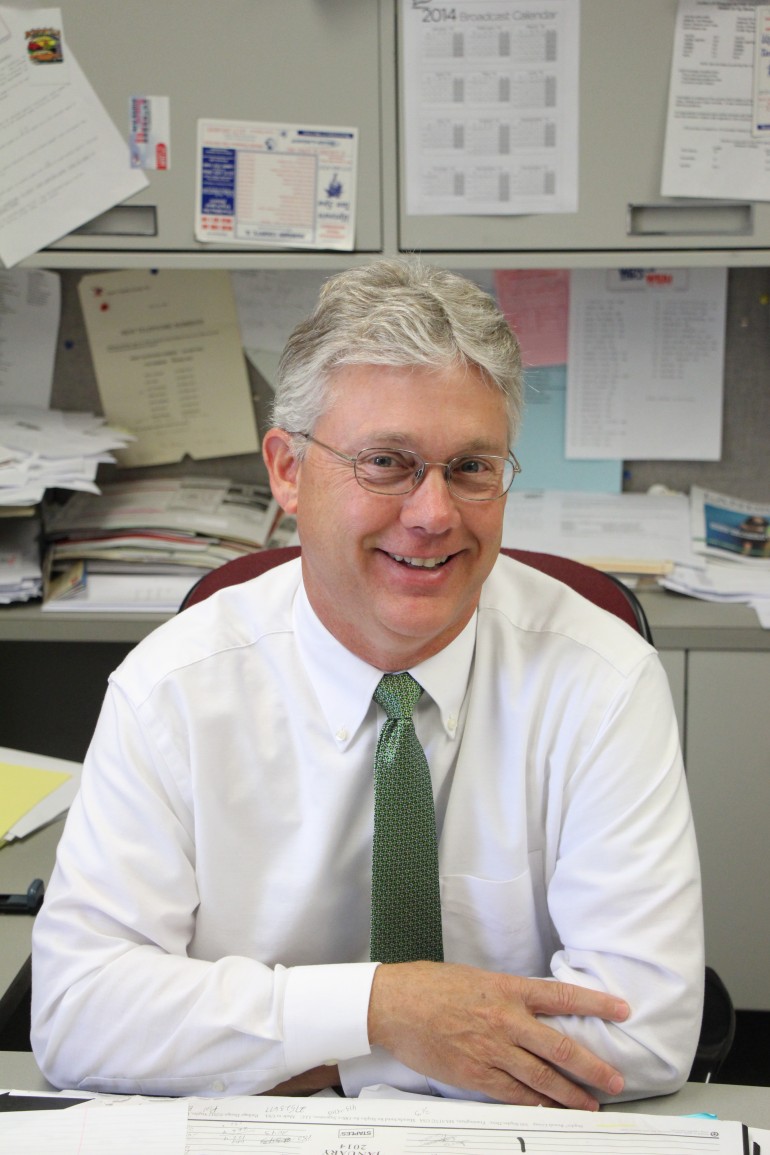 Since February of 1983, Mark Whalen has been the General Sales Manager of WLDS/WEAI, and throughout his time at the radio station, the company itself has been a member of the Jacksonville Area Chamber of Commerce, he says. Whalen himself now fills the role of Chairman of the Board for the Jacksonville Chamber.  Whalen had previously been a Board member from 2009 until 2012, stepping up in 2013 as the Chair-Elect, and assuming the role as Chairman in what is his fifth year of involvement with the organization. The title actually is part of a three-year term, beginning as Chair-Elect in the first year of the term, then continuing to Chairman and Past-Chairman roles.  His appointment to Chairman followed suit with years past, as a nominating committee was created to select officers for the Chamber’s Board of Directors.

As Chairman, not only does Whalen run meetings and help direct the Board, but he says, “You try to be more involved — for instance, with ribbon cuttings, ‘After-Hours’ events and those type of things.” He added, “The Chamber itself, with Ginny Fanning running the Chamber — she does a tremendous job running it and she has very good help with Marsha Nelson and Donna Watkins to help her out. And so our Board runs very well. The Chamber, as an organization, runs very well, and I think it starts with the employees in the office…we are fortunate that we have a number of people that don’t mind volunteering to be on the Board or people who aren’t on the Board that might Chair certain activities, or work at certain activities, such as the Steak Fry (coming up on September 18 at the Jacksonville Municipal Airport), the company picnic, the annual meeting, and other events.” He mentions lightheartedly and selflessly that his position as Chairman is not as difficult as it could be with such a very solid, working Board, and as a Chairman sitting at the top of such a capable and supportive Board, Whalen commends his Board peers by saying, “Your job is made pretty easy, really.”

Whalen states that one reason the Chamber is important is, “It’s good for business in town, and in particular, it’s good for small business. For Gary (Scott) and I, we run a small business, a local business – it does give us a voice, not only in the community, but the Chamber allows us to have a bigger voice in state activities. The Chamber has a lot of advantages…it’s important in Jacksonville and in trying to get this community to grow business-wise.”  He also commended the Board and the Chamber for having such active and competent involvement.  “I think Jacksonville and this area are lucky to have a Chamber that is as involved as Jacksonville’s is. Our membership is high – higher than most communities our size and I think it’s because of what the Chamber has been able to do over the years for the community. I think the Chamber is obviously very worthwhile…and I’m glad so many people get involved in it.”