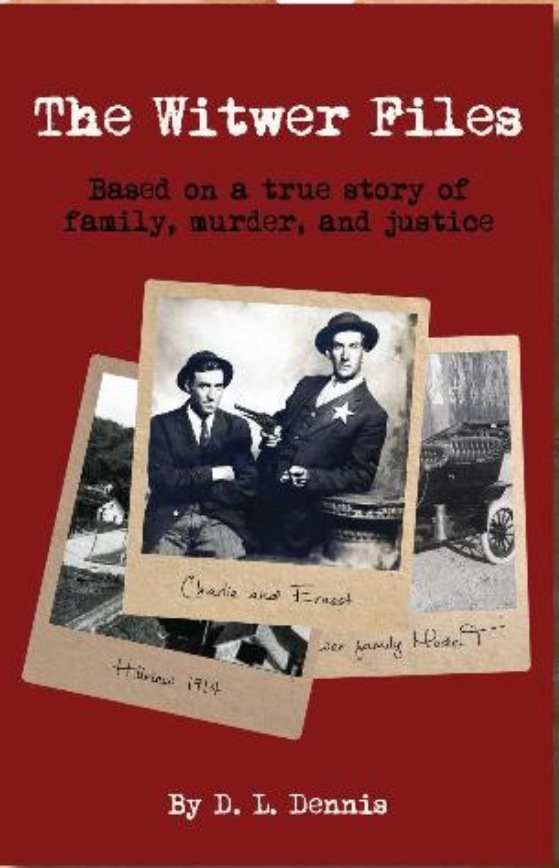 Originally from Jacksonville, D.L. Dennis was raised by his grandparents, Lucy and Charlie Witwer. His grandfather owned one of the first gas stations in Jacksonville, this much Dennis knew. What he was not always aware of was that his grandfather possessed a story, one that would rival that of Wyatt Earp. Except, Dennis’ grandfather’s story took place in a town much closer to Jacksonville; Hillview, Illinois, to be exact.

“Prior to moving to Jacksonville, my grandfather had been involved in law enforcement as a railroad detective and then as a Marshal in a little town called Hillview, Illinois, which is virtually gone now. At one time Hillview was a boom town. It really was! They had hotels, general stores, and a large, successful orchard,” shared Dennis.

As a result of being a boom town, like many other boom towns during the early 1900s, Hillview had a crime problem.

“They could not keep law enforcement. They had two marshals prior to my grandfather. One just disappeared; it was said that he went swimming in the Illinois River. The other took his family and left town. My Grandfather Charlie Witwer was coming through the city as a railroad detective, and the mayor at the time asked him to become marshal to clean up all the violence,” said Dennis.

As a child, Charlie Witwer never shared this story with Dennis. It wasn’t until Dennis became an adult that he learned of Witwer’s experience as Hillview Marshall. Once he discovered the important roll his grandfather played in the history of Hillview, Dennis decided that this was a story that needed to be shared.

“Charlie Witwer was hired as the marshal, and took the job with the understanding that he would be able to appoint his own deputies. His deputies were his three brothers. So, all of the sudden here is the Witwer Brothers trying to clean up the violence in Hillview,” Dennis continued. “And the question is, did they do the job or make it worse?”

Witwer spent much of the past four years researching the book that is now titled, “The Witwer Files.” During his research period, he spent a great deal of time in Greene County, combing through old newspapers and documents at the courthouse and various town libraries. Now that the book is published, the fun part begins for Dennis; attending book signings and giving presentations on the story.

“I’ve been going all over to talk about the book. It’s an exciting story, and I’m having the time of my life discussing it with readers.”

The Jacksonville Public Library will host Dennis on Saturday, July 19th from 2 to 4 PM. The public is invited to attend this free event and listen to Dennis bring his book to life as he tells the story of how Charlie Witwer and his brothers took on the challenge of law enforcement in Hillview, Illinois.

“It’s free. It doesn’t cost anything to come to the library and listen to me talk about it,” Dennis added.  “I’m very proud of the book. The presentation will be fun for everyone, but it is a true story and it needs to be told.”

The Witwer Files is available for purchase at Our Town Books in Jacksonville, Amazon.com, or from the book’s website, thewitwerfiles.com.