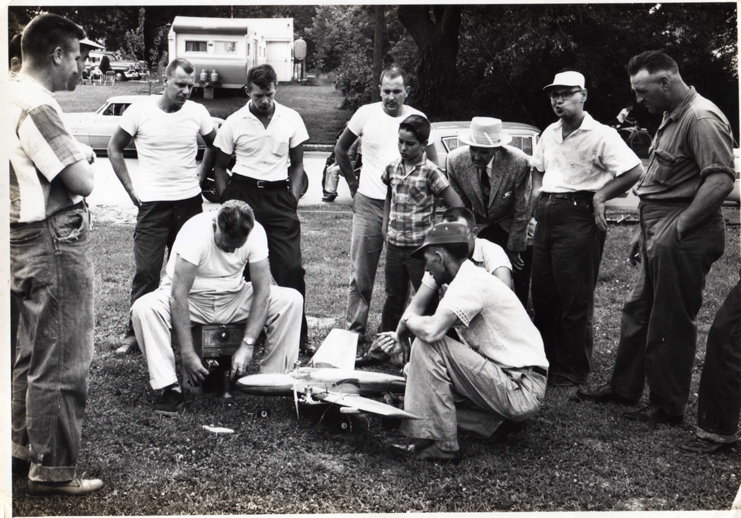 The Jacksonville Propkickers Model Airplane Club (PMAC), whose origins date back to approximately 1949, remains an active association in the year 2016 thanks in large part to the efforts of several long standing members such as Roger Russell and John Althoff. As a result of a model aviation craze following World War II, the Jacksonville PMAC was created as a way for local modelers to collectively enjoy one of their favorite hobbies. When asked how he originally became involved with the hobby, Althoff recalled his interest in model airplanes from an early age.

“I grew up during WWII, and aviation was a very exciting thing for youngsters,” said John Althoff. “There were many manufactures of simple models for kids to begin building planes which didn’t fly. Then my dad took in as a business partner a young veteran aeronautical engineer who would build and fly models. He would build his own radio systems, and helped my friends and me to build control line models which are flown in a circle with wires. I still fly them, along with RC. I taught all my children, including the girls to fly, but only one has continued to fly models.” 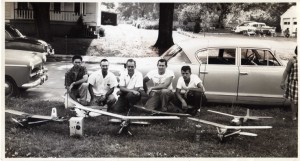 During the time of its founding in the late 40s and early 50s, the most popular practice was that of control line flying, where the models are connected to the operator by a pair of lines, attached to a handle, that adjust the flight control surfaces of the aircraft. The club’s earliest members flew control line models at a site near Jacksonville’s airport for several years, where they participated in various events such as rate races, team races and sport stunts. After a brief hiatus, when the popularity of control line decreased and club membership fell, the PMAC was reformed in 1973 by several local modelers, including Russell and Althoff.

As for where they got the idea of naming themselves the “Propkickers”, Althoff said, “I don’t know, but if I had to guess, it comes from the WWII era when model airplane engines were notoriously hard to get started and keep running – unlike modern engines – and cartoons in the model magazines often featured a disgruntled flyer punting a prop off the field in frustration. One series of such cartoons featured a fictional fuel labeled “Blast” manufactured by a fictional firm, Standback and Duck.”

Throughout the club’s history, the PMAC has undergone a number of changes in terms of membership, experimenting with different types of models and participating in a number of local and statewide events. 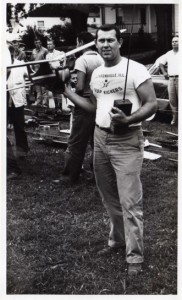 “Membership rises and falls periodically,” Althoff said. “It usually has been in the range of 15 to 25. We are currently at 21. Of those, Roger Russell and I are the two remaining “reformers” as it was called by the president at the time, Robert Tendick.”

The PMAC has relocated its flight fields and meeting places several times throughout the years. In 2015 however, the club celebrated its 25th year at their current location at the Joyce family farm. As a way of celebrating this occasion, Russell, along with club president Brian Ward, took on the task of organizing an enormous fly-in at the Joyce Farm field in May of 2015.

“We have some very talented flyers in our own club,” Roger Russell said of the group. “Club President Brian Ward and I received awards for our airplanes, and Robert Hall has designed some very unusual planes out of some unusual material, including a 7-engine plane made out of sign material.”

Similar to last spring, the PMAC is hosting another Fly-In on April 23 at the Joyce Farm. After a solid turnout last May, the PMAC is hoping for another successful Fly-In this year. There is no charge for attending the event, though visitors should note that parking space is limited. 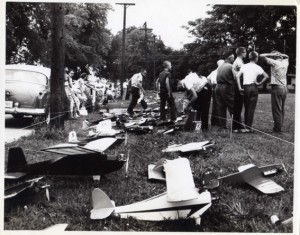 “I am hoping to attract flyers from central Illinois, I already have commitments from flyers as far away as Rantoul, Champaign, Granite City as well as Pittsfield, Springfield and other towns in central Illinois,” said Roger Rusell.”We had 23 flyers at last year’s and that was even after a week delay due to inclement weather. I am hoping to have the first turbine jet ever be flown at our Propkickers Field at this year’s event.”