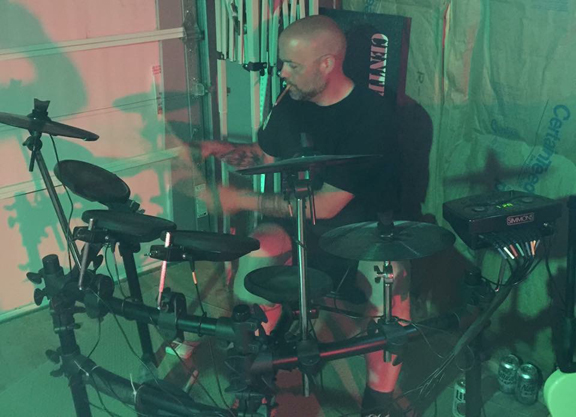 There is a special bond in emergency services with the night shift people. Nobody really knows why, but if I were to venture a guess, it would be based on their shared extreme fatigue. When people are tired, they laugh a little louder, talk a little deeper and share a bit more. The friendships between people who work nights always tend to be a little stronger based on the intimacy of darkness. For Joshua Hallock, working the night shift was a great fit. Not only does he love the work of being a police officer, but also, he immensely enjoyed the camaraderie he found with his nightshift partner, Scot Fitzgerald. Fast forward a few months into his appointment as South Jacksonville Police Chief — when the integrity and strength of Chief Hallock was on display for the community and law enforcement agencies around the nation as he lead his entire department through their joint grief in laying to rest their friend and co-worker Scot Fitzgerald.

Going back … back to a time before his appointment … back to the beginnings of his career, Hallock still showed his love for this sort of field of work. Hallock graduated from Westfair Christian Academy and began his EMS career as an Emergency Medical Technician in Winchester. Given a chance by Dave Goss to continue his career, he worked as an EMT for LifeStar Ambulance Service. Additionally, he was pursuing a degree in Criminal Justice from Lewis & Clark Community College. Married to Lachelle, with a small son, Christian, Hallock decided to apply for a law enforcement job in St. Louis. He tested, passing everything, and was given a glowing recommendation from a professor; Hallock was one of 42 in the Academy Class for St. Louis Metro Police. Yet, he didn’t stay in St. Louis long. It wasn’t a fit. Hallock never felt as though he was positively affecting the level of change that he wanted as a peace officer, so he returned to Greene County to farm the family land and worked for Greene County Ambulance Company. Like most EMTs, a bad call led Hallock out of EMS. He spent a few years milling about, playing drums and guitars in local bar bands and otherwise living the quiet life of a farmer. He continued as a member of the Police Pistol Combat (PPC) shooting team, an “extraordinarily expensive habit.” When questioned about his ability, Hallock responded, “Of all of the things in life I am unsure of, I am sure I can shoot.” To this day, he continues to travel around country as part of the St. Louis team. 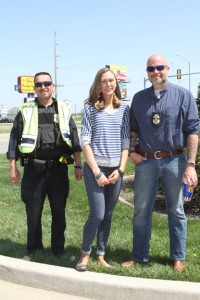 However, he still isn’t exactly sure how he ended up in front of Richard Evans in 2011. But he did. Soon after, Chief Evans offered him the job as a part-time patrolman for the Village of South Jacksonville. That hire led him to full-time nightshift role and eventually into the position he has now as chief of police of the Village of South Jacksonville.

What should have been an easy transition in a community begging for clarity and transparency has been anything but. Hallock believes in getting the job done. This has landed him in warm water with the Village Board on a few occasions already. Hallock likens himself to the main character, the bull, in the children’s book “The Story of Ferdinand.” Like Ferdinand, Hallock is an easygoing, peacekeeper that will eventually respond when pushed too far.

One goal as the chief of police is to implement continued training for his officers. He wants the officers trained in all aspects of the job. “One or two days a year isn’t enough to get the men trained. We need to be constantly training, on every part of this job, so for the things we do not do very often, we still do very well.” “The public has a reasonable expectation of professionalism, consistency and competence when dealing with the police department. I want to make sure they have that in South Jacksonville.” Hallock wants to educate the community on why police do the different things that they do, with the hopes that it will get rid of many of the misconceptions about the police. He believes, “if they are educated on why things are done a certain way, they will be more willing to understand and support the police.” 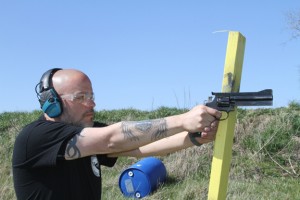 The Village of South Jacksonville Police Department answers approximately 4,000 calls for service each year. Hallock supports the consolidated dispatching operation that is coming and believes it to be a positive thing for this entire region, “I choose to focus on the positive with this and all situations. Combined dispatch will provide better service to the customers, the people calling in for police (and other emergency) assistance.”

When accepting the chief of police position for the Village of South Jacksonville, he created a set of three rules by which he lives. One, he doesn’t create problems that do not exist. His staff is made up of competent officers and he believes everything can be corrected easily and without drama. Two, common sense will get you through every situation. For Hallock this means enforcing the laws with discretion, and taking the steps to provide the best possible outcome. And third, Hallock believes the biggest misconception is with law enforcement officers and the titles given to them. He believes himself to be a peace officer. He needs the ability to see that every situation is not black and white, so that in “gray” cases he can add in his common sense, rules of the industry, empathy and discretion to create a win for the community in resolving legal conflict.

Hallock “barely remembers” the weeks after Fitzgerald’s death. To Hallock, Fitzgerald was “a one hundred percent good old boy that applied common sense to every decision.” The loss of Fitzgerald was very great to Chief Hallock, for he considered him a friend first and foremost. Now committed to honoring Fitzgerald by serving his widow and family, Hallock is continuing on and leading his agency. He is thankful to the Concerns of Police Survivors Group (COPS) for “pulling me through the week.” He wants to hold his head high and honor his friend in this community. Hallock doesn’t see the law as clear-cut and absolute — it’s not always black and white. He wants to be part of a community and an initiative that treats everyone good and is able to look and find the good in everyone around him. Stopping in local businesses and saying hello, walking down the sidewalk and waving, being out around the neighbors making sure everyone is okay and training his men to be safe, those are the goals of the chief of South Jacksonville Police Department. Dani Fitzgerald, wife of Scot said of Chief Hallock, “I think Josh is an unbelievably amazing man. That in a time of my great loss and tragedy I would not have survived without him by my side. He has gone above and beyond his duty as chief for me and my children and in memory of my husband. He has helped me with my son taking him out to just have a little fun. He is incredible and I owe him immensely. I think anyone who is lucky enough to have Josh in their life and to know Josh is extremely blessed.”

Hallock enjoys his job as the chief of the Village of South Jacksonville Police Department. He believes the officers are of the highest caliber. He remains steadfast in his beliefs to support them and grow with them into an even greater department. But while he enjoys his job, he isn’t willing to give in to the petty politics, “If this job doesn’t work out, it is okay, there is always a band needing a drummer. I don’t have to compromise myself to bring honor to this job and this community.” It would seem as though we are the lucky ones to have Chief Hallock in this community.