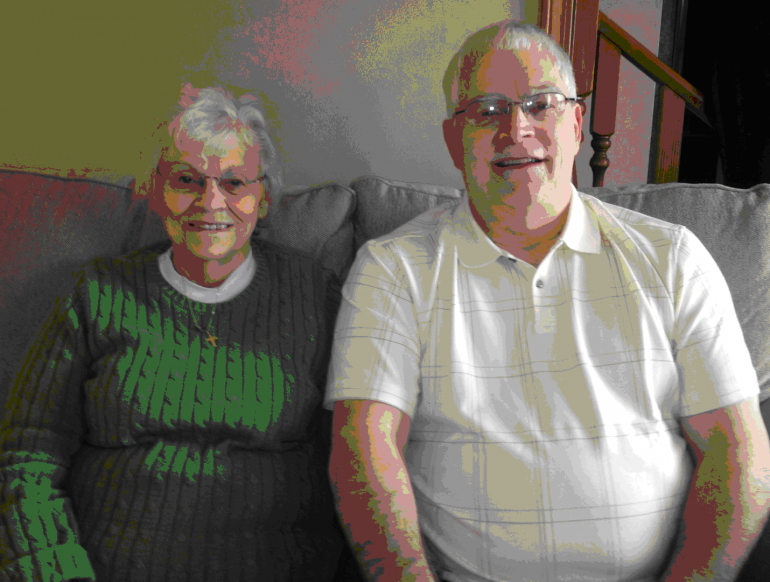 Ten year anniversaries are almost always something to celebrate.  For Shirley Phillips and her son Terry Cockerill, this tenth year anniversary is especially sweet.  In March 2004, Terry donated 60 percent of his liver to his mother to save her from dying from Non-Alcoholic Primary Biliary Cirrhosis.

Shirley received this diagnosis in 1994 and was initially treated with medications; however, in late 2003 the May Clinic in Rochester Minnesota told the family that without a liver transplant, Shirley would only have a few months to live.  Due to her age, it was unlikely that she would be able to receive a donor liver.  The Mayo Clinic recommended finding a living donor.  All three of Shirley’s living children were tested to see if they would be a match for their mother.  Her son Terry ended up being the only match.  Shirley initially did not want her child to go through with this type of surgery for her but Terry gave her no choice — he was determined to do this for his mother.

Unfortunately, there was one small problem: Terry was overweight which made him unable to donate immediately.  In order to be eligible to donate, he would have to lose around 25 pounds.  Through a change in diet, exercise, and sheer willpower, Terry lost 40 pounds in three months.  During this three month period, Shirley’s health was deteriorating and she suffered several life-threatening complications that required hospitalization.

After losing the weight, Terry underwent many tests and it was determined that he was fit to donate.  The Mayo Clinic doctors were able to determine that Terry would need to give 60 percent of his liver to his mother.  According to Terry’s wife Linda who is a nurse, Terry could give up to 80 percent of his liver without suffering any health consequences.  The hospital scheduled the surgery for March 9, 2004.  At the time of his surgery, Terry would be only the 26th person to make a living liver donation at the Mayo Clinic.

One interesting fact about the liver is that it can regenerate, which is why the doctors could take so much of Terry’s liver without being concerned for his health.  The surgery was successful and within eight days Terry’s liver had regenerated back to 80 percent of where it was before the donation.  Terry made a full recovery and was back to full-time work as an electrical technician supervisor at Nestle Beverage Company.  Shirley’s recovery took longer–she and her husband Bob stayed in Rochester for two months after the surgery.  First, they were at the hospital but were later moved to one of the hospital’s transplant recovery houses.

Ten years later, Shirley and Terry are both in good health.  Terry has had no negative health consequences from his donation and has recently retired.  Shirley has to take immunosuppressant medications and goes to the Mayo Clinic for a yearly checkup.  Shirley feels very blessed to have a son willing to do this for her and to have been able to spend the last ten years with her wonderful family.  Terry feels great to have been able to do this for his mother and would do it all over again if he had to.

Terry and Shirley would like to thank God for seeing them through this trying time; all the doctors, surgeons, and nurses at the Mayo Clinic for their extraordinary care; Lisa King their hepatology nurse; and Shirley’s husband, Bob Phillips, for his unwavering support.