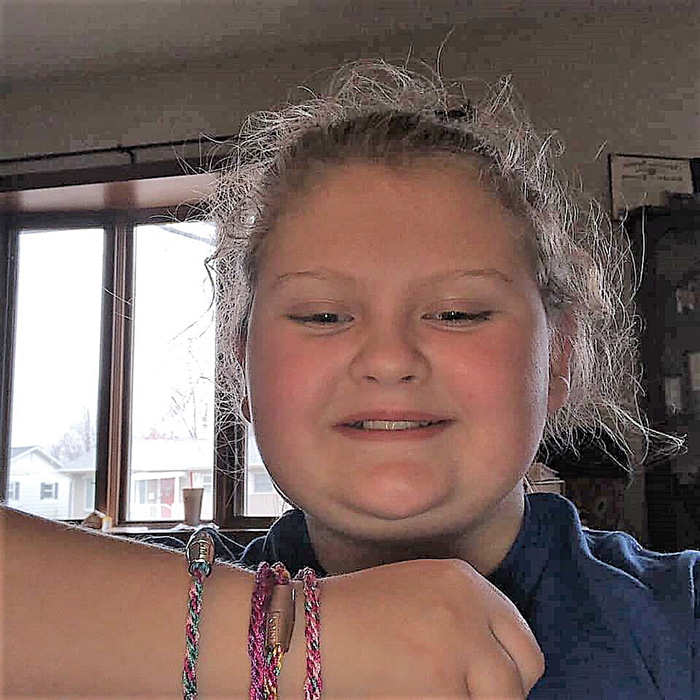 Photos/Special to The Source Newspaper
Emma French uses her bracelet making-machine, which she received for Christmas in 2017, to raise money for ALS research. A sample of her bracelets is shown

In 2011, symptoms started with problems in her fingers and hands and, due to the nature of her job at Premier Bank, as a loan officer, she thought maybe she had the beginning of carpal tunnel. As the years progressed, Kim French thought the symptoms she was having could be related to the stress of her husband, Clint’s, deployment with Army National Guard to Kuwait and Iraq. The problems eventually progressed to her arms and by April 13, 2018, she had officially been diagnosed with amyotrophic lateral sclerosis (ALS), or Lou Gehrig’s disease. The progression has started affecting her legs and speech.

Kim’s daughter, Emma, received a bracelet making machine for Christmas in 2017 and she was determined to help raise money for ALS research. As her Facebook page says: “they could be on the brink for a cure.” She makes many kinds of bracelets which are pictured on her page and a sample is shown above. She has a special account set up and when she has accumulated around $300 she puts the names of all the ALS groups who support research into a hat and sends the money to the group she draws out. Currently the bracelets run anywhere from $3 to $8 apiece. Her Facebook page is: Bracelets for a cure by Emma. If the ordered bracelets are for local orders, they deliver. They do a lot of mail orders too. She is experimenting making rings and earrings as well.

This past school year brought an added blessing through Emma’s school Eisenhower Elementary. They decided to donate the money obtained in penny wars to ALS research. Her efforts have even been lauded on the Fox News station out of Springfield this past May.

Recently, she was able to bless I AM ALS in the Chicagoland area. They are partnered with the Les Turner ALS Foundation to build a patient-led, patient-centric movement that will raise tens of millions for research and dramatically accelerate their progress toward a cure. It’s exciting to know an 11-year- old in Jacksonville is doing her part.

Kim and Clint have been married 14 years and live in Jacksonville with their three daughters Emma, Elizabeth and Josie. “Her dad, her sisters and I are very proud of her,” concluded Kim. “Emma has taken a very difficult situation and is making the best of it.”