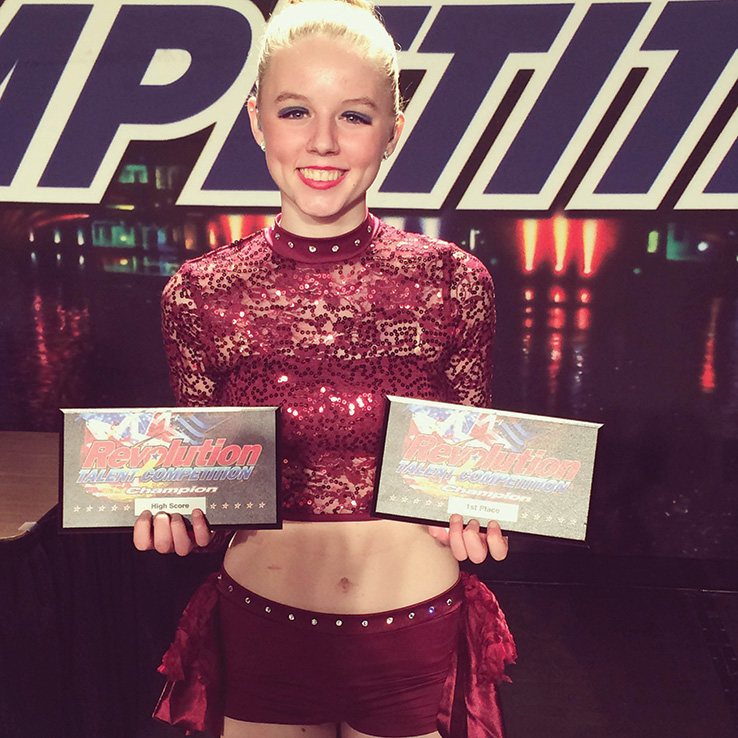 At the young age of three, Tori Covell began taking ballet and tap lessons. Over the past 14 years, Covell has not only continued to participate in dance, but rather, she thrives in it. As a member of the Jacksonville J’Ettes, she has served as a vital asset to the school’s dance team. In addition, Covell has danced competitively with Sara’s Studio of Dance for the past five years, winning awards at both the local and national levels. While her long lists of accomplishments are impressive, they become even more astonishing in light of this fact; Covell is deaf. 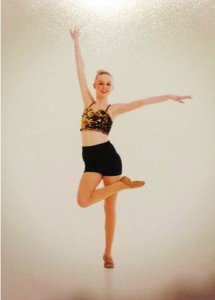 Her deafness was first discovered during a newborn screening test, completed when she was just three weeks old. While many people try to determine deafness based on a percentage, it is more accurately described using decibels, the unit used to measure the intensity of a sound. Covell has a 90 or more decibel loss. According to her mother, Laura Braucht, Covell’s hearing loss is progressive. “We just had it tested several weeks ago and she is profound. If she doesn’t have her hearing aids on, she pretty much doesn’t hear anything.”

Despite Covell’s inability to hear music the same way most people do, she has a natural rhythm. “She loves dancing, and she loves being on stage. She’s just never been afraid to be up there. She’s always had so much confidence on stage,” shared Braucht.

Covell’s confidence and natural ability, along with an immense amount of hard work recently paid off. This past February, she received a platinum award in the highest dance level, and first place in her age group for a solo performance at the Revolution Dance Competition. In addition to the large amount of perseverance and dedication it takes to perfect these difficult routines, Covell must spend time outside of the studio learning lyrics to songs.

“She and I have had long discussions about how it even works,” Braucht continued, “So, let’s say Sara [Sara Roegge, Covell’s dance instructor] says we’re going to use this song to do this dance. Tori will come home and usually look on YouTube for the lyrics. Then she will listen to it and watch the lyrics and go over the dance as she’s doing it. She then ties whatever she is hearing, because I can’t tell you what that is, to the words that she can make out. She just kind of matches it all together.” 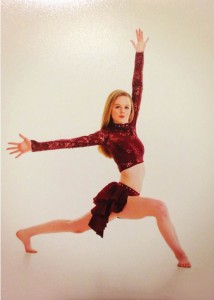 While American Sign Language is Covell’s primary source of communication, she does speak very clearly, and is able to accurately read lips, a difficult skill that very few possess.

“Tori has grown up in this community, and I would say her friends sometimes forget that she has a profound hearing loss and she can’t hear them,” stated Braucht. “They’re just so used to how they communicate with her; either they’ll learn a little bit of sign or their parents are deaf. This is kind of a unique community in that sense.”

While Jacksonville will always be home to Covell, dance has provided many opportunities for her to explore the world outside of Jacksonville. Traveling with Sara’s Studio of Dance, she has had opportunities to preform in New York City, Los Angeles and many different locations in between.

“I obviously feel like what she has done is amazing,” expressed Braucht. “For her, I don’t think she sees it that way. For her, it’s just; I want to dance as well as my peers. So, I think that’s pretty awesome that she takes it on as this is who I am, it’s not the deafness that defines me.”