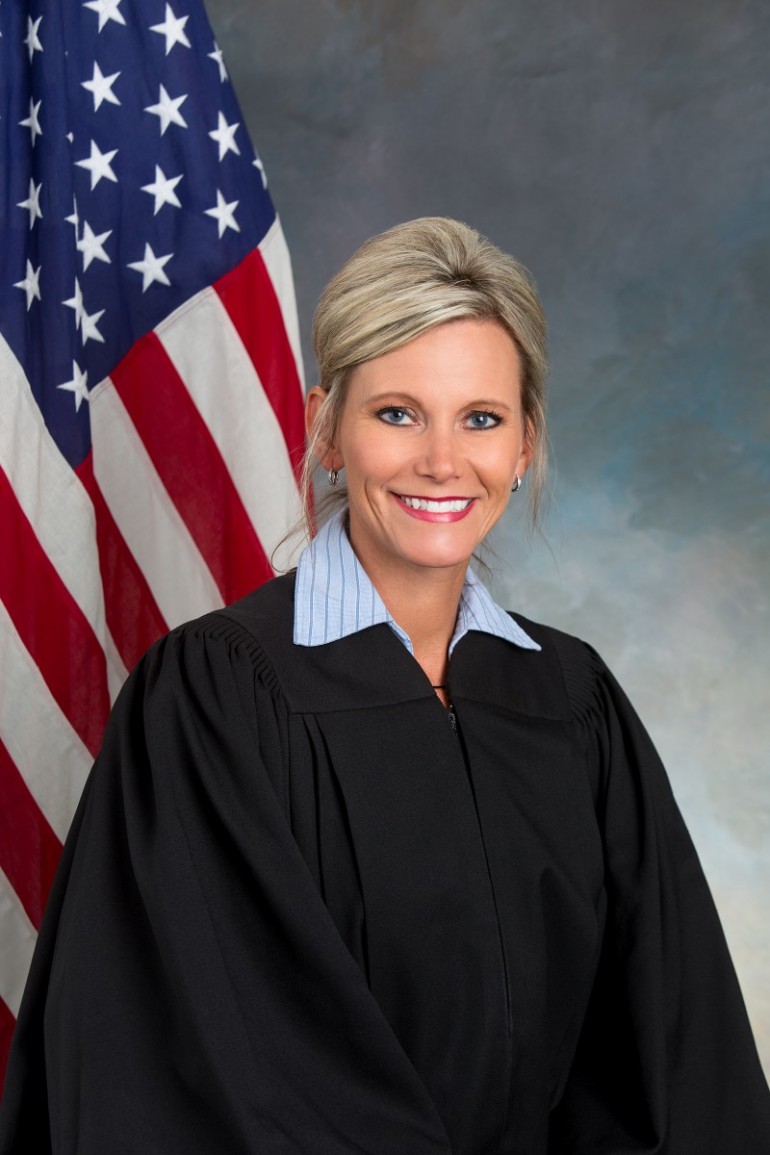 While many young girls have dreams of becoming princesses and ballerinas, April Troemper set her sights on becoming an attorney. Through much diligence, she not only reached her initial goal, but has surpassed it by becoming a judge. Troemper currently serves as an at-large judge for Illinois’ 7th Judicial Circuit and does so humbly, remembering the path that brought her to where she is today.

Troemper grew up in Edinburg, Ill., a town located 50 miles east of Jacksonville with a population of a little over 1,000. As a child, Troemper was frequently told that she was a great arguer and possessed a keen ability to examine issues from various angles, whether she agreed with them or not. With that seed of knowledge being planted early in life, Troemper decided to pursue law. Although she had a very clear career goal in mind, reaching that goal proved to be quite challenging.

After completing high school, Troemper graduated with her associate’s degree from Lincoln Land Community College, becoming the first member of her family to receive any post high school education. After graduating from community college, Troemper longed to continue her education, but lacked the financial resources to do so.

“I did receive some scholarships, but they were not sufficient enough to pay for my entire schooling. In between my sophomore and junior year of college, I had not received an approval for my student loan and had no idea how I was going to pay for college,” Troemper shared. “My dad asked me if I would consider the military. We looked into ROTC programs, and I ended up going to Fort Knox, Ky., for basic training that summer to try to qualify for a ROTC scholarship.”

Troemper successfully completed basic training, and qualified for the scholarship. However, Troemper forfeited the scholarship once she learned that her request to defer her military commitment until after she had completed law school was denied. Consequently, the very next day a letter from the government arrived, approving her student loans.

Troemper went on to graduate from Eastern Illinois University, earning a bachelor’s degree in political science in 1994 and a master’s in political science in 1995. In 1998, she received her law degree from Southern Illinois University. Troemper is grateful for the financial assistance that allowed her to complete her education.

“Last month, I finally paid off all my student loans. I think that is important, so younger people know they can still pursue and achieve their dreams even if they come from limited financial resources,” said Troemper. “The student loans and scholarships I received kept me on my path to becoming a lawyer and I’m very fortunate for that.”

Troemper began her professional career with the law firms Graham & Graham Ltd., Heyl Royster, and Sorling Northrup. During her time at the three different law firms she was able to gain experience with representing both plaintiffs and defendants. This experience proved to be excellent preparation for Troemper’s next endeavor – becoming a judge.

“My ultimate career goal was always to be a judge, but the question was, how do you get there? There were a lot of hoops to jump through and I spent a lot of time trying to figure out if I was taking the right path or not and waiting for the right doors to open. I’ve been blessed, as those doors eventually did open for me,” stated Troemper.

In December of 2009, she was appointed as an associate judge for the 7th Judicial Circuit, an area consisting of Greene, Jersey, Macoupin, Morgan, Sangamon and Scott counties. Troemper remained in that position until a circuit judge vacancy became open last December.  Following an extensive screening and interview process, the Illinois Supreme Court appointed Troemper as an at-large judge for Illinois’ 7th Judicial Circuit. Troemper has been serving in her current role since April 2.

“My heart has been and always will be dedicated to public service. I feel very blessed to be in a position where I can have a positive impact on the lives of others. Every day that I take the bench, I remind myself that each case is unique; each case deserves its own attention; and each case will result in an outcome that may forever change someone’s life,” Troemper said. “I applied for the circuit judge position because I was ready to take my knowledge and experience to the next level and pledge to continue to follow the law and promote public trust in our judicial system.”

Troemper, who resides in Springfield with her husband and two children, will continue in her current capacity until the November 2016 general election. At this time, she is the only republican candidate running for the position.