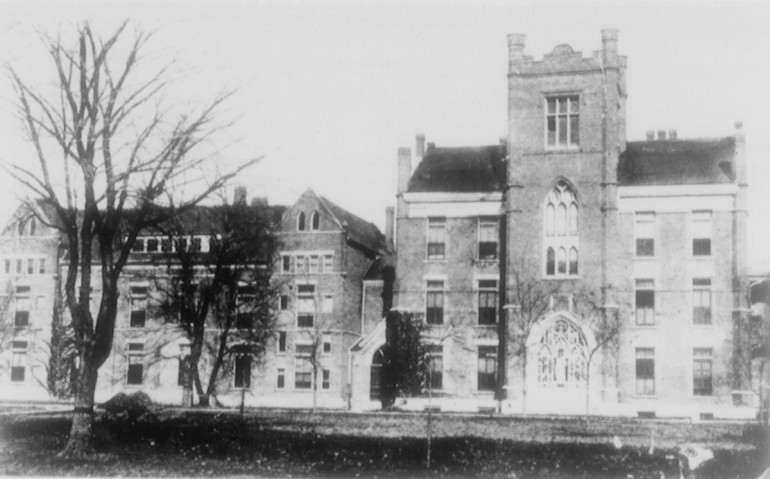 The story of Passavant Area Hospital began in 1868 when Eliza Ayers, a widow from Jacksonville, wrote to the Rev. William Passavant, a Lutheran minister with a national reputation for creating hospitals and orphanages, about donating a valuable block of five acres on the city’s leading street. Though it took seven years of searching to find the right solution, Ayers gave the property to Rev. Passavant in 1875, and Jacksonville Hospital (now known as Passavant Area Hospital) was built on East State Street. It was the 149th hospital in the United States.

In addition to Passavant, Jacksonville was home to Our Saviour’s Hospital, later Holy Cross Hospital, from 1896 to 1981. Our Saviour’s was started by the Seven Sisters of the Holy Cross following a bequest from Charles Routt. In 1968, Passavant and Holy Cross merged with ownership held by all churches in a five-county area through membership in the Passavant Memorial Area Hospital Association.

The transformation of Passavant from a small-town hospital to a modern state-of-the-art medical facility happened slowly at first, but then three major decisions took place that ensured the future success of the hospital. First was the formation of the Ladies Aid Society (now called Passavant Auxiliary) in January, 1896. The organization’s role proved to be ever-changing as Passavant grew and it worked to accommodate the trends of medicine and hospital care. Whenever money was needed, be it for an expansion, equipment, services, or patient care, the Auxiliary responded. Second was the establishment of the Nursing School in 1902. Its bright, young faces did much to tell the community that Passavant was here for the long run and working for the future. And finally, the decision to transfer control to local sources occurred in 1916, making Passavant a truly locally owned facility.

In 1953, Passavant opened the doors to a new 140-bed facility at its current location on West Walnut Street. In 1981, the South Addition at Passavant was dedicated, housing new surgical suites, intensive and coronary care units, and two new nursing units.

In April 2014, Passavant became a Memorial Health System (MHS) affiliate. Passavant is the health system’s second largest hospital. MHS has had a long history of commitment to the local medical community, including construction of a medical office building on the Passavant campus in 2013.

Today, Passavant Area Hospital serves the residents of Morgan, Cass, Greene, Scott, Macoupin and portions of Brown and northern Pike counties in West Central Illinois. Passavant is staffed by 900 full and part-time employees, and is licensed for 93 patient beds. Passavant is accredited by The Joint Commission and is a Magnet Hospital®.

1875 – Mrs. Eliza Ayers donated property to the Rev. W.A. Passavant’s Lutheran Association for Works of Mercy for use as hospital.

1906 – Local citizen corporation assumed control of Passavant. Trustees appointed by 12 Protestant churches in Jacksonville, the Aid Society, the Association for Works of Mercy, and the medical profession.

1912 – X-ray departments added at both hospitals.

1921 – Ground broken for addition to Our Saviour’s. 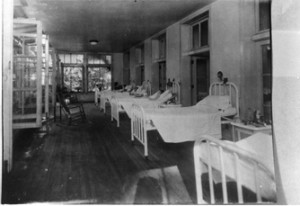 Photo/Special to The Source Newspaper
A patient nursing ward in the original Passavant
hospital in the late 1800s. There was
no air conditioning, so the beds were placed
in front of open windows for circulation.

1958 – Construction started on Our Saviour’s building addition, financed by gifts, grants and loans. New School of Nursing built at Passavant.

1982 – Closed School of Nursing in conjunction with MacMurray College’s establishment of nursing program.

Photo/Special to The Source Newspaper
Reverend William Passavant, a Lutheran
minister, that created hospitals and
orphanages.