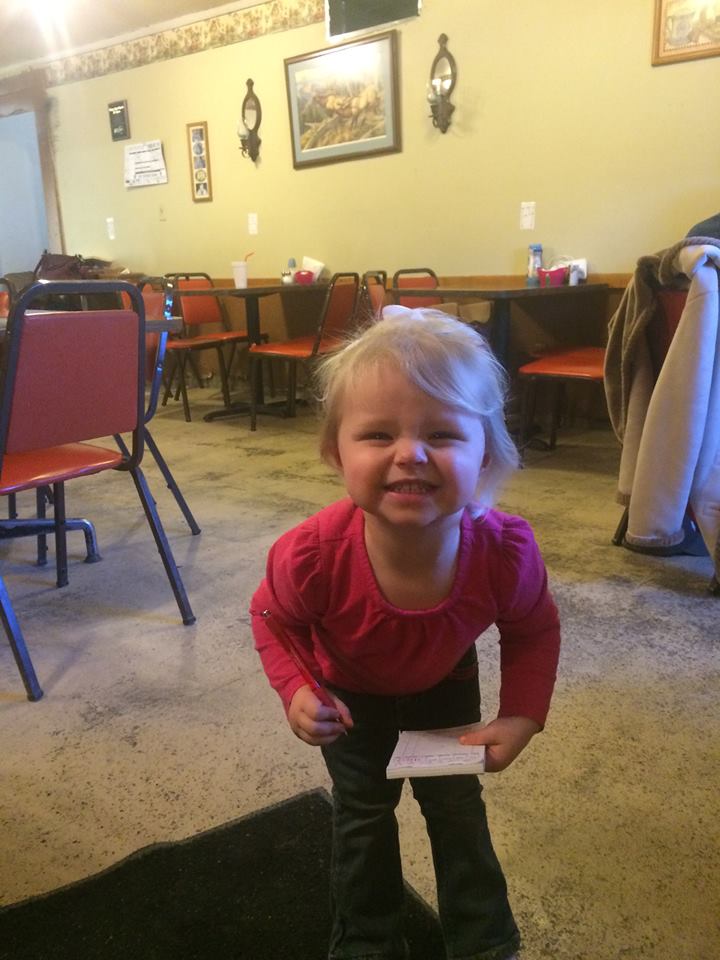 During my childhood there was a step stool in my family’s 1990s décor-filled bathroom. Nightly, I would climb onto the small wooden stool in my Beauty and the Beast nightgown and brush my teeth. And by brush my teeth, I strictly mean I’d stand on the steps, splashing water on my toothbrush until an adequate time had passed that my mother might actually believe I had scrubbed my pearly whites. On the side of the stool was a painting of a tree and the quote, “There are two gifts we should give our children. The one is roots. The other is wings.” I later discovered that quote was by Johann Wolfgang von Goethe, but at the young age of seven, all I knew about the quote was this: I liked it.

Growing up in White Hall, I was raised with a strong sense of community. With a city population of less than 3,000, it was easy to know everyone. Due to limited human resources, townspeople often wore multiple hats. It was not the least bit unusual for you first grade teacher to also be your vacation Bible school instructor, the mailman to double as your family’s seed corn salesman, or the friendly Monday through Friday bus driver to also appear at the pulpit as the Sunday morning pastor. In the place where my roots come from, we all know each other and consequently care for one another. We are family.

Though thankful for my roots, I’m equally grateful for my wings, as they’ve taken me to many amazing places. Most recently they have brought me to the northwest suburbs of Chicago where I have resided for the past year. While I have adjusted to the city life quite well, there are still some oddities I find.

Recently, I was out for a leisurely evening stroll through my subdivision. My small subdivision has the same amount of residents as the entire town of White Hall, and to date, I know the names of two other inhabitants. Admittedly, I am not beauty queen material, though it was not due to a lack of trying (It’s cool, Ms. Greene County 2005, I’m COMPLETELY over it). However, I am certainly not hideous. As I walked by a group of young children playing jump rope and hopscotch, I smiled and said hello. Within milliseconds the boisterous children grew silent, and you could hear a sidewalk chalk drop. Then, in unison the children shrieked and ran for the garage, while the lone straggler let out a long cry of “Stranger, Danger!”

On the contrary are my walks and runs on the roads of Greene County. As an avid runner, I have covered many miles. I’m yet to complete a single run without being stopped by a passerby to ensure I am out for exercise and not because my car has broken down. Then, while they are stopped, it is not uncommon for them to throw the truck in park and ask how my dad is doing, how long I am home for and why on God’s green Earth would I be running if nothing is chasing me!

I recently had two different friends visit me within the course of a week. I brought each of them to my favorite diner in downtown Chicago. On my second diner visit of the week, the same waiter came to my table to take my order. I was excited to see the familiar face again, and hoped he was equally as thrilled to see me, his buddy ‘ol pal. However, just as I was about to ask for my usual, he started rattling off the week’s specials. It was clear; he did not know me for a man on the moon.

This sort of treatment would never be tolerated in small town, central Illinois restaurants. Two year-old Anna Six, has been so thoroughly impressed with the service at AJ’s Bar and Grill in Arenzville that her playroom, that once held lavish tea parties, is now home to a make believe AJ’s Bar and Grill. Likewise, her two year-old cousin, Taylor Schutz, is equally as fond of the Hillview Café. Schutz is no longer just a run of the mill customer, but was recently titled honorary waitress by the owner and Schutz’s idol, Mary Ann Farris. Both girls are always greeted warmly at their respective restaurants and, much to their delight, are frequently handed their very own waitress ordering pads.

Perhaps people with city roots think us country folks are the ones who do things a little different. Call me biased, but I think country roots make stronger trees.