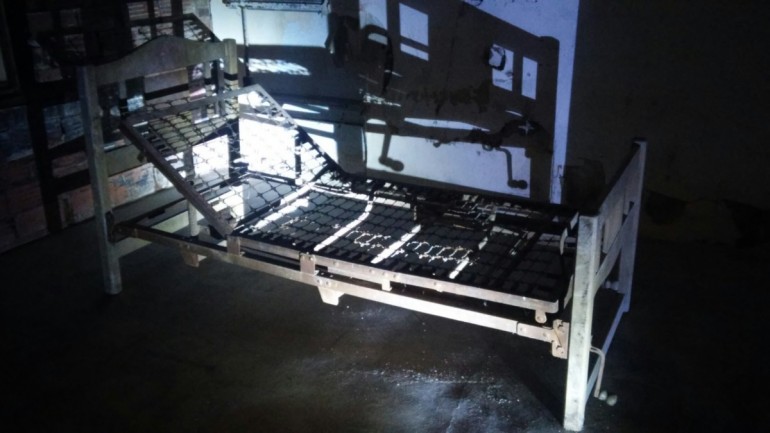 I’m wondering, how many Source readers out there remember the classic Don Knotts haunted house comedy, The Ghost and Mr. Chicken? It’s been one of my favorite movies since I was a kid.

For those unfamiliar with the movie, Don Knotts plays a wannabe small town reporter who volunteers to spend the night in a notorious haunted house to write a story for his newspaper.

When I was presented the opportunity to write a piece about the Ashmore Estates outside of Charleston, Illinois, I couldn’t resist the chance to experience my own Ghost and Mr. Chicken undertaking. I hadn’t enjoyed this kind of adventure since my high school days exploring the State Hospital grounds and its underground tunnels. I’m giddy with excitement.

Haunted houses are one of the original scary things, because, to a certain extent, they’re rutted in reality.

I’m a horror novelist. I’ve been a huge fan of scary ghost movies and books for as long as I can remember. So, here I am, a grown man, and the closer I get to driving up to Ashmore Estates, and the more research I do…the place could be LEGIT haunted. Should I be worried? Well, I can’t decide. I neither believe nor disbelieve in ghosts, so I go into this experience with a totally open mind. Something keep nagging at me though. If I’m involved in a scenario I can’t explain, who’s going believe me?

The day before, and I’m questioning my level of bravery. Instinctually dashing out into traffic to save a toddler, no problem. Sitting in a dark, abandoned building that’s been subject to numerous ghost hunting expeditions has my underwear tightening just a tiny bit.

Let’s be real – you can’t fight a ghost. Heck, you can’t run from one. If a ghost wants to mess with you, you become the helpless mouse to the proverbial invisible cat. But there’s no way I don’t go through with it. I may be a grandpa, but there’s still that flickering flame of teenage stupidity lighting the pilot of my adventurous soul.

So, on the day of the Ashmore Estates adventure, I watch The Ghost and Mr. Chicken to get in the spirit. My step-daughter intends to join me, but work prevents her. The best part of that is now I can control what ends up on Facebook. 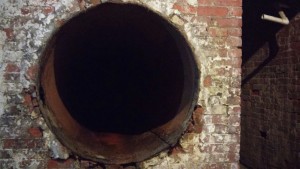 I dress comfortably, pack as many flashlights as is reasonable (which in my case amounted to six, plus a crap load of extra batteries) and hit the road.

I meet the very welcoming owner, Robbin Terry, for a sunset tour of the building. He is gracious and fun and passionate about his building, and full of great stories. I’m comfortable as we walk the three floors, including the below ground boiler room and Mary’s room, which feels like a small tomb. Once the tour is over, I drive back into Charleston for dinner, and then head back to Ashmore Estates around 8:30. I beat Mr. Terry and the caretaker couple who live on the property back to the building, so I enter and lock the front door behind me.

Despite the well-lit hallway, I immediately feel anxious. I grab my walkie- talkie (in case of an emergency) and start down the hallway. The owner and caretakers arrive, and I’d be lying if I didn’t say I was happy to see them. They only stay a few minutes, then they lock me in. My plan is to stay through the witching hour before calling it a night.

A part of me, probably the intelligent part, says to leave now. 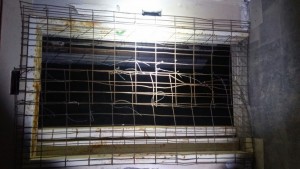 I move throughout the building, taking a few photos for the article. When I get to the small underground chamber I think of as Mary’s room, I take a picture, but don’t want to go down there. I don’t know why, but I don’t go.

I get a major case of goosebumps as I set myself up in the boiler room. The owner thought I might have an experience there. A farmer is working in a nearby field. I welcome the sound because otherwise the building is dead silent.

I see the slight movement of a piece of fabric covering some sort of opening. I write it off to the wind, and try to ignore it, but I find myself glancing at it time and time again.

The Ashmore Estates building is actually really cool, but creepy with the night. I’m wondering if this is the dumbest thing I’ve ever done. I’m finding it hard to be quiet in such a quiet place. Flashlight #1 is working like a champ, but my nerves are jangling. The anticipation of a brush with the supernatural is taxing. I catch myself holding my breath more than once.

Nothing happens in the boiler room.

I move to the second floor and change ends of the building. I look out a north facing window toward a neighboring cornfield, but it’s so dark, I can’t see the ground just one floor below.

I realize the farm machinery has stopped. The building’s silence is excruciating. My pen writing in my notebook is the only sound.

Thought I heard a thud from the 3rd floor. Scratch that. I heard it. Considering investigating, but also considering a bikini wax.

I can feel my energy seeping away. My low level anxiety is like a reverse trickle charge. Staying until 1am will be pushing it.

Heard another sound from the third floor. If I investigate, what did I really expect to find? Casper banging a pipe with a wrench? I tell myself not to be a wuss, then immediately ignore my own challenge.

Do I hear soft footsteps down on the first floor? Not sure. I choose to head up to the third floor & instantly get goosebumps when I step off the staircase. The motion detector lights for the stairs flicker on and off.

I hear young women having an animated conversation coming from the opposite end of the first floor. I check it out, but no one is there. A man’s voice joins them. I’m tense and not really sure what to do. The talking stops less than thirty seconds later.

As I stand at the second floor staircase, men’s voices begin speaking. It almost sounds like Spanish, but it’s not. There’s giddy laughter coming from right at the bottom of the staircase, but I can’t make myself go down the stairs. I’m starting to freak out. I don’t want to see what’s there. I’m scared. I back down the hallway as the talking continues for another couple of minutes.

More loud male voices coming from the same spot as before. I believe I’m alone in the building, and I don’t believe these are effects. My anxiety level is in the red. The voices move to my end of the building, then outside to the north side of Ashmore. The outside motion light does not come on and there are no flashlight beams. Its pitch black outside. The voices speak for several minutes.

I can literally feel the weight of fatigue pressing down on me. I know I’m not going to make it to 1am. I don’t want to fall asleep in here. I’m in trouble.

I move to the entranceway across from the main office on the first floor until I’m set to leave. My anxiety lessens.

Been quiet since the move. I look over the signatures on the visitor’s wall, then sign it. I lock the main entrance behind me, and feel better the moment I step outside. I take a last walk around Ashmore Estates before leaving.

My mind whirls all the way home. That was the most intense experience of my life. Were there really ghosts? I didn’t SEE anything, but I know what I heard and I know what I felt. That’s good enough for me.

For more about Ashmore Estates, check it out here:

Vince Churchill is a novelist, screenwriter, and columnist. He invites you to visit his website vincechurchill.com to contact him and discover all his published works.

View all articles by Vince Churchill