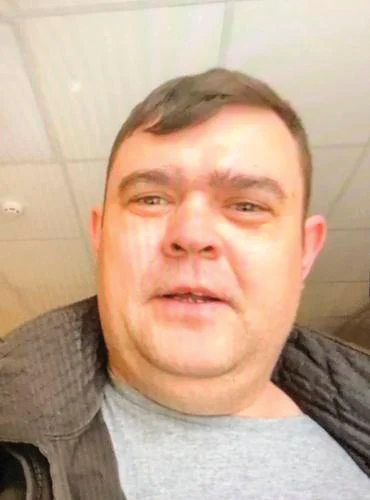 Ukrainian farmer Kohctahtuh Xomehko showed the kind of determination and fortitude currently on display by his fellow countrymen and women during an online meeting with farmers in the Midwest.

Kohctahtuh (pronounced Konstantine) said his “heart is in great pain” but he’s extremely confident the Ukrainian army can defeat the invading Russians. He also showed the same resolve when asked if farmers in Ukraine will still be able to plant this year’s crops amid the war.

“I’m 100% sure we can win because it’s about people, not just weapons,” Xomehko said from his farm during a Zoom call hosted at the Macon County Farm Bureau in Decatur attended by several board members and media.

“We’re together working – all the people in Ukraine,” he said. “I understand our army is not that big, but we’re very motivated. There are people you know who are dying. We’ll never forgive the Russians.”

Ukraine farmers are helping their army by providing and transporting diesel fuel and fabricating metal objects for the army to flatten tires on Russian vehicles.

Ukrainian farmers also plow a majority of their fields, which has made it difficult for some Russian tanks to cross without getting stuck.

When asked how other nations, including the U.S., can help resolve the conflict, Xomehko called for air support.

“We need support to close the air. We don’t need soldiers,” he said.

“Yes. 100% we’ll be planting, spraying and fertilizing,” Xomehko said when asked about his spring plans to grow crops including corn, soybeans and wheat. “But, there is no area in Ukraine that is 100% safe. We have areas with more bombs, and areas with less bombs.”

The online meeting with Xomehko was made possible in part by Loran Steinlage, an Iowa farmer and field engineer for DAWN Equipment, and Macon County Farm Bureau Board member Paul Butler, who is in an international grain marketing group.

DAWN provides ag equipment parts to farmers in Ukraine but pulled its employees out of the country just weeks before the war broke out.

“I’m worried about $5 diesel and how high our fertilizer prices will go,” Butler said. “But our problems are pretty small in comparison.”

Scott Irwin, University of Illinois ag economics professor, said war in Ukraine will also continue to have a widespread effect on world markets for some time.

“There are really two issues,” Irwin said in a recent U of I farmdoc video. “One is with old crop. Trade estimates suggest there’s 600 million bushels of corn already contracted (from Ukraine). It’s trapped and I don’t see any way that will get out of there very easily for weeks and maybe months.

“There’s even bigger problems with what will end up getting planted (in the Black Sea region) this spring,” he noted. “It could potentially put a huge hole in global grain balance sheets.”

Irwin suggested the U.S. needs to think “outside the box” in these extraordinary times and consider measures such as possibly opening up acres in the Conservation Reserve Program for a year to increase domestic crop output.

This story was distributed through a cooperative project between Illinois Farm Bureau and the Illinois Press Association. For more food and farming news, visit FarmWeekNow.com.