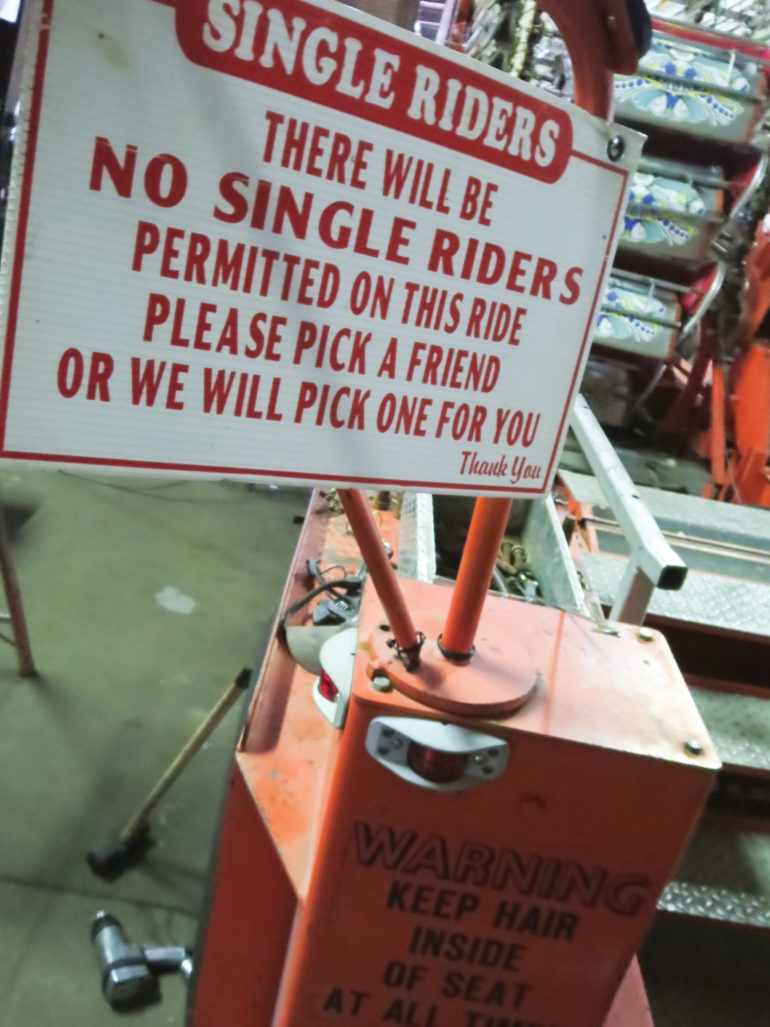 In 1893 William E. Sullivan experienced the ride of a lifetime. While visiting Chicago for the World’s Columbia Exposition, also known as Chicago’s World Fair, Sullivan rode the original Ferris Wheel. Inspired by George Washington Gale Ferris, Jr.’s creation, Sullivan collaborated with machinist James H. Clements and built the first Big Eli Wheel. That wheel was first debuted on May 23, 1900 in Jacksonville’s own Central Park. Today, the original Big Eli Wheel still stands, as does the company that first produced the structure, the Eli Bridge Company.

Before manufacturing Big Eli Wheels, just as the business’s title suggests, the Eli Bridge Company built bridges. The enterprise was originally located in Roodhouse, Illinois, Sullivan’s hometown. The facility was situation near the railroad tracks in order to ensure easy shipment and delivery. Despite widespread skepticism that a bridge making institution could be prosperous in the amusement ride industry, the Big Eli Wheel was a huge success. In 1906, the Eli Bridge Company became incorporated and Sullivan began mass producing his wheel.

To accommodate the business’s growth, a new building was constructed in 1919 at 800 Case Avenue in Jacksonville, also next to the railroad tracks. The Eli Bridge Company has been doing business at that location since that time. The structure has had several additions since it was originally built, and is currently a 76,000 square foot facility.

Not only has the physical building grown over the years, but the Eli Bridge Company has also broadened the number of products they produce. In 1955, they created their first non-wheel amusement ride, The Scrambler, a classic 12 seat double rotation ride. The company continues to produce The Scrambler, the Big Eli Wheel (as well as several variations of the wheel), and many  different Family Rides, including Construction Zone, the first ride created by Eli Bridge Company’s CEO and President Patty Sullivan.

Since its establishment, the Eli Bridge Company has remained a family owned and operated business. Serving as Chairman of the Board is Lee Sullivan Jr., grandson of William E. Sullivan. Lee Sullivan Jr., who was a past president and CEO of the company, handed the reins of the business down in the mid 1990’s to his daughter Patty Sullivan, who currently oversees the enterprise.

Eli Bridge products can be found at amusement parks, carnivals, state fairs and family entertainment centers around the world. Notable sites that currently house Eli Bridge products include Dollywood in Tennessee, Cedar Point in Ohio, and Scheels in Springfield, Illinois. The Big Eli Wheel spins in locations as distant as Australia and Africa and as close to home as Community Park.

Located in the heart of Jacksonville, the 1907 Eli Wheel not only serves as a landmark for the city, but also as a source of fun for the young and old alike. This specific Eli Wheel was the17th wheel to be produced by the company. Weather permitting; the attraction is open Memorial Day through autumn on Sundays from 4 to 6 pm and on designated holidays.

The Eli Bridge Company has produced over 1400 wheels throughout its history. The company also currently runs a metal fabrication business out of its building.