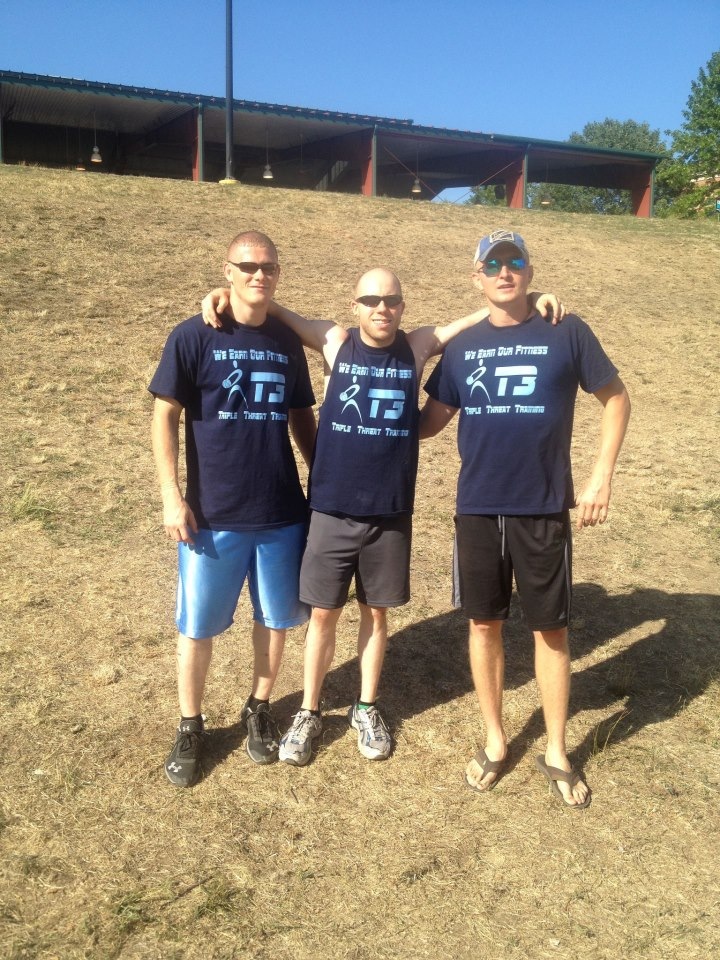 An experienced police officer, former college athlete, and member of the Jacksonville Special Response (SRT) Team, Greg Lowder is no stranger to physical activity. He loves sports, participated in both football and track while attending Illinois College, and is always up for a game of basketball or racquetball. A few years ago, however, he found himself in a bit of a physical fitness rut, putting on more weight and inches than he wanted.

Greg heard positive things about the Triple Threat Gym and decided to give circuit training a try. He quickly “fell in love with these type of exercises” and became a regular at the gym. Circuit training became Greg’s passion and he began seeing positive changes during his first six months. In that time, Greg dropped 15 lbs and lost 4% of his body fat.

At 33, Greg says, “I’m the strongest I’ve ever been in my life. I’m probably in better shape than when I played football at Illinois College.”

High intensity training became addicting for Greg, who explains, “When I really like something, I get attached to it.” He appreciated the competitive aspects of circuit training, as well as the opportunity to regularly measure improvement. Greg also liked the variety found at Triple Threat and the fact that he never knows what to expect when he arrives each day.

Recently, Greg chose to become a part owner of Triple Threat. He views this as a good opportunity to teach and train others in a work out style that he loves. Circuit training is truly a “lifestyle change,” Greg says, and an excellent way to add challenge and variety to your workout routine.

Since beginning high intensity training, Greg has also seen positive changes in his professional life as a police officer. Greg’s work as a member of the Jacksonville Police Department SRT Team requires him to wear a vest weighing 35 to 40 lbs while doing physically strenuous tasks. The vests began to feel “really heavy” a few years ago, but since beginning strength training, Greg has found, “The weight doesn’t affect me anymore.”

As a member of the SWAT Team, Greg participates in a minimum of 12 hours of training each month. This involves shooting practice and role playing for all types of potential scenarios. SRT calls require mental and physical preparation, so that officers can safely approach situations such as raiding homes for drugs, helping hostages, and stopping active shooters.

Police work and circuit training both appeal to Greg because they are high intensity and provide a different routine each day. Some days are more relaxed, while others are busy all day with calls. “You never know what to expect as a police officer, just like the workouts,” Greg says.

Participating in circuit training has also become a family affair for Greg. When his wife of nine years, Alanna, saw the positive changes in Greg, she decided to join Triple Threat as well. The couple has enthusiastically shared the benefits of high intensity workouts with friends and made new friends at the gym as well.

Circuit training is for everyone, Greg says, and he has watched members lose as much as 100 lbs by committing to the workouts. “It doesn’t matter how big, small, short, or tall. This works for everybody. Everyone falls in love with it,” Greg explains.