At the age of 33, Jesus was condemned to the death penalty.

At the time crucifixion was the “worst” death. Only the most dreadful criminals were condemned to be crucified.

The nails are thought to have been driven into His wrist, not into His palms as is commonly portrayed. Either way, each nail was 6 to 8 inches long.  Can you imagine?

There’s a tendon in the wrist that extends to the shoulder.  The Roman guards knew that when the nails were being hammered into the wrist, that tendon would tear and break, later forcing Jesus to use His back muscles to support himself so that He could breathe.

Both of His feet were nailed together. Thus He was forced to support Himself on the single nail that impaled His feet to the cross.  Jesus could not support himself with His legs because of the pain, so He was forced to alternate between arching His back then using his legs just to continue to breathe.

Imagine the struggle, the pain, the suffering, the courage.  Jesus endured this reality for over 3 hours.

Can you imagine this kind of suffering?

A few minutes before He died, Jesus stopped bleeding.  He was simply pouring water from His wounds. The human adult body contains about 3.5 liters (just less than a gallon) of blood. He had no more blood to bleed.

But before the nails and the spear, Jesus was whipped and beaten.

The whipping was so severe that it tore the flesh from His body.

The beating so horrific that His face was torn and his beard ripped from His face to the point of being un-recognizable.

The crown of thorns cut deeply into His scalp. Most men would not have survived this torture.

All this plus carrying His own cross for nearly a mile, while the crowd spat in his face and threw stones.

The cross was almost 66 pounds, only for its higher part, where His hands were nailed.  Jesus had to endure this experience, so that you can have free access to God.

So that your sins could be washed away.

All of them, with no exception! 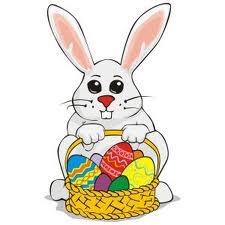 It’s not about a silly bunny who delivers chicken eggs.

It’s not about new clothes and Easter baskets.

It’s about the fact that JESUS CHRIST DIED FOR YOU!  And would’ve given His precious life even if you were the ONLY person on Earth.  Because He loves you that much!

The truth is that Jesus is the only salvation for the world.

What held Jesus to the cross was not three nails… It was His love for you and me that held Him there to endure to the end.

May this Good Friday, we be still.

May we be in silent meditation, awe and wonder at the ultimate sacrifice; God’s only Son, the perfect lamb, given as atonement for our sins.

Sins so filthy and so ugly draped across Jesus, that the Father Himself had to turn His face away from His Son.

Or was it because He couldn’t bear to see the agony of it all, lest He send angels to swoop down and save His Son from this slow and painful death?

Thankfully, this story has a happy ending:

On Resurrection Sunday, may you celebrate our risen Lord!!!!!!

He would’ve given His life if you were the only person on this Earth.

Now THAT is a reason to celebrate!